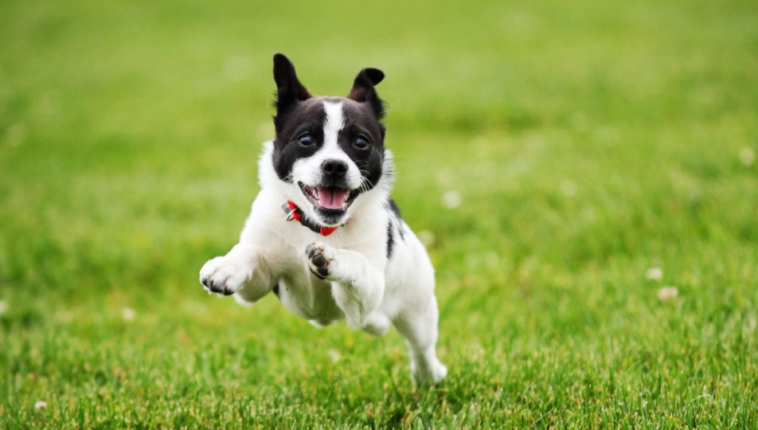 Do you ever notice your dog running around in circles like they’re possessed? Chances are, you’ve witnessed the zoomies. Also called frenetic random activity periods (FRAPs), the zoomies are a burst of energy that’s seemingly out of nowhere.

Whatever the reason, it’s clear that dogs enjoy the zoomies and it’s a fun way for them to burn off some extra energy!

Why Do Dogs Get the Zoomies After a Bath

After a dog gets a bath, they may experience what is known as the “zoomies.” This is when a dog will run around wildly, often in circles. There are a few different theories as to why this happens.

One theory is that after being wet and confined in a small space (the tub or sink), the dog is excited to finally be let out and have some freedom. Another theory is that the zoomies are simply a way for dogs to dry off their fur. Regardless of the reason, it’s generally agreed upon that the zoomies are simply a case of pent-up energy being released.

So, if you see your dog zooming around after their bath, don’t worry – they’re just enjoying themselves!

Zoomies are a normal and healthy part of a dog’s life. They usually happen when a dog is excited or has just finished exercising. Zoomies are a way for dogs to release all that extra energy and they are usually followed by a period of calm.

So, if you see your dog zooming around the house or yard, don’t worry, it’s just their way of having fun!

Why Do Dogs Get the Zoomies After a Walk

After a long walk, your dog may be so full of energy that he zooms around like a crazy person. This is totally normal behavior and is often referred to as the “zoomies.” There are a few theories about why dogs get the zoomies.

One theory is that it’s a way for dogs to release all of their pent-up energy. Another theory is that it’s simply exhilarating for them to run around at high speeds. Regardless of the reason, the zoomies are a fun way for your dog to let loose and have some fun!

READ  What Do Dogs Think When You Talk to Them?

Why Do Dogs Get the Zoomies After Pooping

Have you ever wondered why your dog seems to go crazy after they poop? It’s called the zoomies, and it’s a totally normal behavior for dogs. There are a few theories as to why dogs get the zoomies.

Running around like crazy helped them escape danger and stay alive. Whatever the reason, the zoomies are nothing to worry about. In fact, they’re pretty adorable to watch!

So next time your dog starts running in circles after doing their business, just enjoy the show.

Why Do Dogs Get the Zoomies at Night

It’s no secret that dogs are full of energy. But why do they seem to have even more energy at night? This phenomenon is known as the “zoomies” and it’s actually pretty normal for dogs.

Here’s what you need to know about the zoomies and why your dog might be experiencing them. First, it’s important to understand that the zoomies are not a medical condition. They’re simply a result of your dog having too much energy and needing to release it somehow.

Think of it like when humans get the urge to run or jump around after being cooped up all day. Dogs just tend to do this more often at night since that’s when they have the most energy. There are a few things that can contribute to your dog getting the zoomies at night.

One is simply not enough exercise during the day. If your dog isn’t getting enough physical activity, he’ll likely have a lot of extra energy at night. Make sure you’re taking him on plenty of walks and runs during the day so he can burn off some steam before bedtime.

READ  What Do Dogs See When They Look at Humans?


Another possible cause of nighttime zoomies is boredom. If your dog is left alone for long periods of time during the day, he may start feeling restless and bored. This can lead to destructive behaviors like chewing on furniture or digging holes in the yard.

To help prevent this, make sure you’re giving your dog plenty of attention and toys to keep him entertained throughout the day. If your dog seems to be getting the zoomies more often than usual, it’s always best to consult with your veterinarian just to rule out any possible medical conditions. Other than that, there’s really no need to worry about this normal canine behavior!

Does Zoomies Mean Dogs are Happy?

Zoomies are a type of dog behavior that’s characterized by bursts of energy. During a zoomie episode, your dog may run around wildly, jump up and down, spin in circles or dash back and forth. It may seem like your dog is happy and excited during a zoomie session, but it’s actually their way of releasing excess energy or pent-up excitement.

Zoomies can be triggered by many things, including: -A change in environment, such as going for a walk or being let outside after being cooped up inside all day -An increase in activity level, such as playing fetch or going for a run

-A build-up of energy from not having enough exercise

What Triggers Zoomies in Dogs?

There’s nothing quite like seeing your dog zoom around the room at lightning speed for no apparent reason. It’s called “the zoomies,” and it’s a totally normal behavior that all dogs display from time to time. But what exactly causes this burst of energy?

Most experts believe that the zoomies are simply a release of pent-up energy or excitement. Think about it – your dog has been sleeping all day, maybe lounging around the house or yard, and suddenly he has this overwhelming urge to just run! It’s like they’ve been holding it in all day and finally let loose.

Another theory is that the zoomies are a way for dogs to relieve stress. If they’ve been through a particularly traumatic event or have been feeling anxious, the zoomies can help them blow off some steam and feel better.

READ  Discover These Popular And Unusual Poodle Mixes
Whatever the cause, the zoomies are always entertaining to watch – even if your furniture does end up getting knocked over in the process!

If you’re concerned about your dog damaging property during one of these episodes, simply provide him with a safe space (like an empty room or enclosed backyard) where he can let loose without any worry.

Should I Stop My Dog from Zoomies?

Zoomies are a normal and healthy part of dog behavior. Many dogs enjoy running and playing around with zoomies as a way to release energy. There is no need to stop your dog from having zoomies, unless they are causing damage to your home or property.

If you are concerned about your dog’s zoomies, talk to your veterinarian for advice on how to best manage them.

What Do You Do If Your Dog Has Zoomies?

Assuming you mean what to do when your dog is having a “zoomie:” First, let’s cover what a zoomie is. A zoomie is when a dog runs around wildly, often in circles.

They may also appear to be bouncing off the walls. This behavior is most commonly seen in puppies and young dogs, but any age, breed, or mix of dog can have a zoomie. Dogs usually have one or two episodes a day (usually after waking up from a nap or post-meal) and it generally lasts for about 10-20 seconds.

Now that we know what they are, let’s discuss how to deal with them. The best thing to do is simply let your dog run it out – don’t try to stop them as this will only excite them more. If you have an enclosed yard, great!

Let them burn off some energy there. If not, take them for a quick walk around the block before they start their zoomies so they don’t take off running down the street!

Why do Dogs get Zoomies? || Scientific reason behind zoomies ll Monkoodog

Dogs get the “zoomies” for a variety of reasons. Sometimes it’s just because they’re happy and excited. Other times, it may be due to pent-up energy that needs to be released.

If your dog seems to be zoomies more often than not, there may be an underlying medical condition such as anxiety or boredom. 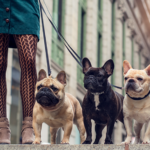 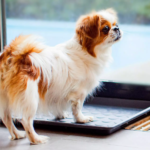