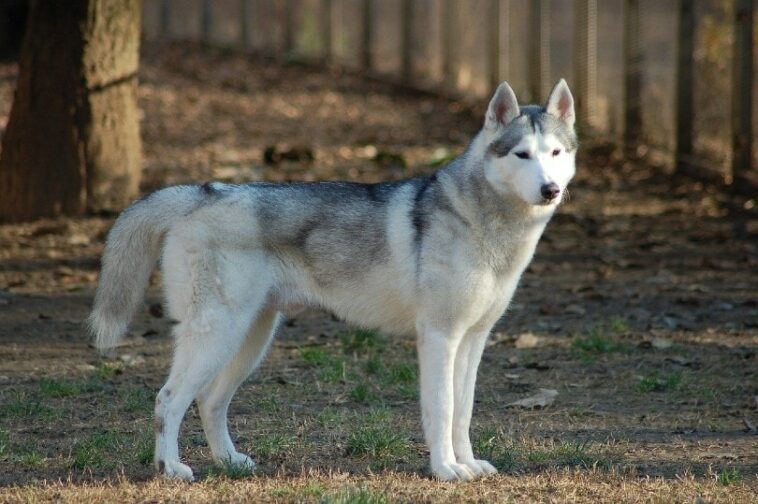 When it comes to domesticated dogs, there is no clear-cut answer as to which dog breed is the closest to a wolf. However, there are several contenders for the title, including the Alaskan malamute, the Siberian husky, and the greyhound. All of these breeds share certain physical and behavioral traits with wolves, but each has its own unique history and set of characteristics.

The Alaskan malamute is one of the oldest breeds of domestic dog in North America. It is also one of the largest, weighing up to 100 pounds. The breed was developed by the Mahlemut tribe in Alaska as a working dog for hauling heavy loads over long distances.

Today, they are still used for sledding and dogsledding competitions. Malamutes are known for their thick fur coats, which keep them warm in even the coldest climates. They also have high endurance levels and are very loyal to their owners.

The Siberian husky is another popular breed that is closely related to wolves. These dogs were originally bred by the Chukchi people of Siberia as working animals for pulling sleds across vast expanses of snow-covered terrain. Huskies are smaller than malamutes, but they are just as sturdy and hardworking.

They have a dense coat of fur that protects them from freezing temperatures, and they are known for being extremely friendly and good with children. Finally, there is the greyhound—a slender yet powerful breed that was once used for hunting wild game such as deer and foxes. Greyhounds can run at speeds of up to 45 miles per hour, making them one of the fastest land mammals on Earth.

Like other sighthound breeds (dogs that hunt by sight rather than smell), they have an instinctive prey drive and will chase anything that moves quickly away from them.

There are a variety of dog breeds that are considered to be closest to wolves in terms of appearance and behavior. These include the Alaskan malamute, the Siberian husky, and the Shiba Inu. Each of these dogs has unique physical characteristics that make them resemble wolves more than other dog breeds.

Additionally, these breeds typically have a higher prey drive and energy level than other dogs, which is another trait they share with wolves. While there are some similarities between these dogs and wolves, it is important to remember that they are still different animals and should be treated as such.

Which Dog Breed is the Closest to a Wolf

There is no definitive answer to this question as it depends on a number of factors, including the definition of “closest” and which wolf subspecies is being considered. However, some dog breeds that are often considered to be the closest to wolves include the Alaskan malamute, the Siberian husky, and the greyhound. These breeds share many physical and behavioral characteristics with wolves, including a thick coat of fur, high endurance, and a propensity for howling.

How Much of a Wolf’S Dna Do Dogs Share

READ  Do Dogs Get Mad at You?


So why are dogs and wolves so similar? It all has to do with their common ancestor. Dogs and wolves both descended from a now-extinct species of wolf that lived in Eurasia over 10,000 years ago.

Over time, this ancestral wolf population split into two groups: one that would eventually become modern-day wolves and another that would eventually become modern-day dogs. While there has been some genetic mixing between these two groups over the millennia (for example, some domestic dogs have wolf ancestry), they remain largely separate today. So while dogs and wolves may look different on the outside, they’re actually pretty similar on the inside thanks to their shared DNA.

Why are Some Dogs More Closely Related to Wolves Than Others

While all dogs are descendants of wolves, some breeds are more closely related to wolves than others. This is due to the fact that certain dog breeds have been bred specifically for traits that are similar to those found in wolves. For example, many hunting and working dogs were bred to have a strong prey drive and a high level of energy, both of which are characteristics of wolves.

Additionally, some dogs were bred to resemble wolves in physical appearance, such as with the Alaskan Malamute and the Siberian Husky.

There are many physical and behavioral traits that wolves and dogs have in common. For example, both species have a keen sense of smell, sharp teeth, and are intelligent creatures. However, there are also some differences between the two species.

For instance, dogs are generally much smaller than wolves and have shorter snouts. Additionally, while both species howl to communicate, dogs will also bark. Finally, another notable difference is that wolves live and hunt in packs while most dogs are solitary animals.

How Did Domesticated Dogs Evolve from Their Wild Ancestors

Domestic dogs are descendants of wild wolves. Over thousands of years, they have evolved into the different breeds we see today through a process of artificial selection. This means that people have purposely chosen certain traits to be passed on to future generations by breeding the most desirable dogs together.

For example, if someone wanted to create a smaller dog, they would breed two small individuals together and their offspring would be smaller on average than either parent. While all domestic dogs can trace their ancestry back to wolves, there is still much debate over how exactly this domestication process took place. One theory suggests that it was intentional – that early humans sought out wolf cubs to tame and raise as their own.

Another possibility is that it happened more passively, with some wolves simply being more tolerant of human presence and gradually becoming less fearful over time. Regardless of how it started, the result is the same: a close bond between humans and dogs that has lasted for millennia.

READ  What is the Best Dog for Anxiety?

The Dog Breed Closest To A Wolf

Which Breed of Dog Has the Highest Percentage of Wolf

There are a variety of dog breeds that have a high percentage of wolf in them. The most popular of these include the Alaskan Malamute, Siberian Husky, and the German Shepherd. All three of these breeds were originally bred for their ability to work in cold climates and pull heavy loads.

They share many physical characteristics with wolves, including their thick coats, pointed ears, and bushy tails. While all three of these breeds are considered to be high-percentage wolf dogs, the German Shepherd is thought to have the highest percentage of wolf ancestry. This is due to its close working relationship with humans over the years.

German Shepherds were originally bred as herding dogs but have since become one of the most popular breeds for law enforcement and military work. Their loyalty, intelligence, and trainability make them an ideal partner for humans. If you’re looking for a dog with a high percentage of wolf ancestry, any of the three mentioned above would be a good choice.

Closest Dog Breed to a Fox

There are a few dog breeds that resemble foxes in appearance, but there is no one “closest” breed. The Fennec fox is the smallest of all foxes, and its large ears help it to dissipate heat in its desert habitat. It also has fur on its feet that helps protect against the hot sand.

The Fennec fox’s coat is light brown with white underparts, and it has black tips on its large triangular ears. The average weight for an adult Fennec fox is only about 2-3 pounds. The Red Fox is the most common type of fox, and it is found in North America, Europe, Asia and Australia.

It is characterized by its red or rusty red coat, white underparts and black legs. The Red Fox has a pointed muzzle and long bushy tail that often has a white tip. Adult Red Foxes typically weigh 8-15 pounds.

The Arctic Fox lives in cold environments such as the Arctic tundra and mountainous areas of northern Eurasia and North America. It has a thick coat of fur that protects it from the cold weather and helps it to blend in with its snowy surroundings. The Arctic Fox’s coat changes color seasonally, turning white in winter to better camouflage with the snow.

There are a handful of dog breeds that have been bred to look like wolves. While these dogs may share some physical traits with their wild cousins, they are very different animals. Here is a closer look at some of the most popular wolf-like dog breeds:

READ  How Long After a Puppy Eats Do They Poop?


Alaskan Malamute: The Alaskan malamute is one of the largest and most powerful Arctic sled dogs. Bred for centuries by the Inuit people, these dogs were used for hauling heavy loads over long distances in harsh conditions. Today, they are still prized as working dogs and make excellent family pets.

They are also one of the few remaining purebred indigenous North American dog breeds. Siberian Husky: Siberian huskies were originally bred in Siberia as working dogs. They were used for pulling sleds and herding reindeer.

These days, they are popular family pets and show dogs. They are also frequently used as working dogs in cold climates, thanks to their thick coats and high endurance levels. Samoyed: The Samoyed is a large breed of herding dog that was originally developed in Siberia.

Like other Arctic breeds, they were used for pulling sleds and herding reindeer. Today, they make excellent family pets and working dogs.

What is the Largest Wolf Dog Breed

The largest wolf dog breed is the Alaskan Malamute. These dogs were originally bred in Alaska to help with transportation and hunting. They are considered to be one of the most versatile Arctic breeds and are still used today for sledding, dogsledding, racing, carting, weight pulling, and skijoring.

They are also popular as family pets and companions. Alaskan Malamutes typically weigh between 75 and 85 pounds (34-39 kg), with males being larger than females. They stand 23-25 inches (58-64 cm) tall at the shoulder and have a thick double coat that is usually gray or black & white in color.

The undercoat is dense and soft, while the outer coat is longer, coarse, and guard hairs. This combination gives them excellent insulation against the cold weather conditions they were bred for. While they may look like wolves, Alaskan Malamutes are not closely related to them.

In fact, their ancestors were domesticated dogs that migrated to North America with the Inuit people over 4000 years ago. However, due to their similar appearance and size, these dogs have often been mistakenly identified as wolves or wolf-hybrids in recent years. If you’re considering adding an Alaskan Malamute to your family, it’s important to do your research first.

These are large dogs that require a lot of exercise and can be challenging to train. They also tend to be very independent thinkers – which can sometimes lead to them being stubborn!

The blog post discusses the various dog breeds that are closest to wolves in terms of appearance and behavior. The author notes that while many people think of Huskies as being the most wolf-like, there are actually several other breeds that are more closely related to wolves. These include the Alaskan Malamute, the Siberian Husky, and the Samoyed.

The author goes on to discuss the differences between these three breeds and how they compare to wolves in terms of appearance and behavior. 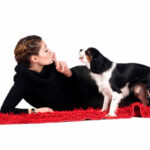 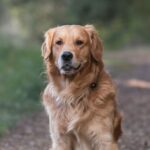