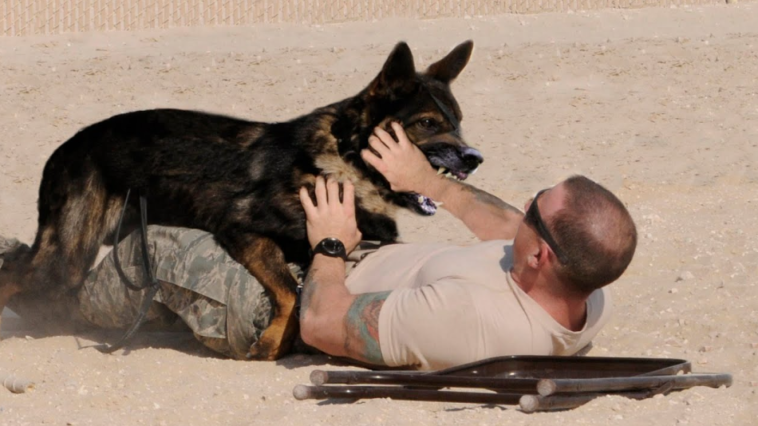 There are many different breeds of dogs, and each one has its own unique temperament. Some breeds are more prone to biting than others, however, and it is important to be aware of which ones are most likely to bite before bringing a new dog into your home. The top three breeds of dogs that bite the most are pit bulls, Rottweilers, and German Shepherds.

These three breeds accounted for nearly 60% of all dog bites in the United States in 2017. Pit bulls are perhaps the most notorious of all biting dogs. They were responsible for 284 deaths in the U.S. between 2005 and 2017, more than any other breed of dog.

Pit bulls have powerful jaws and can do serious damage when they bite. They are often used in illegal dog fighting operations, which may make them more aggressive towards humans as well. Rottweilers are also large and powerful dogs with a history of aggression towards humans.

In the U.S., they were responsible for 48 deaths between 2005 and 2017. German Shepherds are another large breed of dog that is known for being protective and sometimes aggressive towards strangers.

There are a lot of factors that go into determining which breed of dog is more likely to bite. It depends on the size and temperament of the dog, as well as its training and socialization. However, some breeds are more prone to biting than others.

The most popular theory is that small dogs are more likely to bite because they feel threatened more easily. They also may not have been properly socialized and can be territorial. Other high-risk breeds include pit bulls, Rottweilers, and German Shepherds.

These dogs are often aggressive by nature and can be difficult to control. Regardless of breed, all dogs have the potential to bite if they feel scared or threatened. It’s important to be cautious around any dog, even if it seems friendly.

According to the American Kennel Club, the most popular dog breeds in the United States are Labrador Retrievers, Golden Retrievers and German Shepherds. But which breed is most likely to bite? A study conducted by the Cochrane Database of Systematic Reviews looked at data from 34 studies involving 4.7 million people in 16 countries.

The study found that while any dog can bite, certain breeds are more likely to cause serious injury. The study ranked the following breeds as most likely to bite: Pit bulls were involved in 66% of fatal dog attacks in the United States between 2005 and 2017, according to a report from DogsBite.org.

READ  What Do French Bulldogs Like to Eat?
Rottweilers caused 47% of fatal dog attacks in Europe between 1982 and 2014, according to a study published in BMC Public Health. In Germany, where the study was conducted, rottweilers were responsible for 84% of fatal attacks between 2001 and 2016.

Top 10 Dogs Most Likely to Bite.

There are many different factors that can contribute to a dog biting someone. However, there are certain breeds of dogs that are more likely to bite than others. Here is a list of the top 10 most dangerous dogs in terms of bites:

Pitbulls – Pitbulls are one of the most aggressive dog breeds and are known for their powerful jaws and strong biting ability. They were originally bred for fighting and this aggressive nature has carried over into their temperament as adult dogs. German Shepherds – German Shepherds are another breed with a reputation for being aggressive.

They were originally bred as working dogs and have a strong protective instinct. This can sometimes lead to them feeling threatened or territorial, resulting in a bite. Rottweilers – Rottweilers are large, powerful dogs with an intimidating appearance.

They were originally bred as guard dogs and have a natural tendency to be aggressive towards strangers. This makes them more likely to bite if they feel threatened in any way. Labrador Retrievers – Labrador Retrievers are generally considered to be friendly, gentle dogs.

However, they can become aggressive if they feel threatened or provoked in any way. This is often seen when they are protecting their food or toys from other people or animals. Golden Retrievers – Golden Retrievers are another popular breed that is usually gentle and good natured.

However, like Labradors, they can become aggressive if they feel threatened or provoked in any way.

According to the American Kennel Club, certain dog breeds are more likely to bite than others. In fact, they compiled a list of the top 10 dog breeds that are most likely to bite, based on statistics from the Centers for Disease Control and Prevention. The list includes:

READ  What is the Best Harness for a Dog That Pulls?
Interestingly, mixed-breed dogs were not included in this list. This is likely because there is no way to know which breeds are present in a mixed-breed dog, making it difficult to determine which traits they may inherit.

However, mixed-breed dogs should not be discounted entirely – any dog has the potential to bite if they feel threatened or provoked. If you’re considering adding a dog to your family, it’s important to do your research and choose a breed that is right for you. Be sure to ask your veterinarian or local animal shelter about which breeds may be best suited for your home and lifestyle.

Dog Breed With Most Bites Per Year

There are many different dog breeds that have been known to bite humans, but which breed is most often responsible for bites each year? According to data from the Centers for Disease Control and Prevention (CDC), the dog breed with the most bites per year in the United States is the pit bull. Pit bulls were responsible for 284 of the 486 dog bite-related fatalities in the U.S. between 2005 and 2017.

That’s more than any other breed, and nearly 60% of all fatal dog attacks during that time period. So why are pit bulls so much more likely to bite humans than other dogs? There are a few possible explanations.

For one, they were bred to be fighting dogs, so they may be more prone to aggression than other breeds. They also tend to be large and strong dogs, so their bites can do more damage than those of smaller breeds. And finally, pit bulls often live in homes where there is neglect or abuse – which can make any animal more aggressive.

Whatever the reasons may be, it’s clear that pit bulls pose a serious danger to humans – especially children.

Most Dog Attacks by Breed

According to a study conducted by the CDC, pit bulls are responsible for the majority of fatal dog attacks in the United States. Rottweilers, huskies, and German shepherds are also among the most dangerous breeds. The study found that these four breeds accounted for 83% of all fatal dog attacks between 2005 and 2017.

The findings of this study underscore the importance of responsible pet ownership. All dogs have the potential to be dangerous if they are not properly trained and socialized. However, some breeds are more likely to cause serious harm or even death if they do attack someone.

What Kind of Dog Bites the Hardest?

There are many factors to consider when determining which dog breed has the strongest bite. Dog breeds with large, powerful jaws are typically able to deliver a stronger bite than those with smaller mouths. Breeds that were originally bred for fighting or hunting may also have stronger bites, as they were selected for their ability to cause serious damage.

Additionally, individual dogs within a breed can vary in their biting strength, so it is important to consider each dog as an individual. Some of the breeds that are considered to have the strongest bites include the mastiff, Rottweiler, and pit bull.

Which Dog Breed is Least Likely to Bite?

There is no definitive answer to this question as different dogs have different personalities and temperaments. However, some breeds are generally considered to be more gentle and good-natured than others, making them less likely to bite. These include the Labrador Retriever, Golden Retriever, Cavalier King Charles Spaniel, Beagle and Boston Terrier.

What Breed of Dog is Known for Biting Humans?

There is no definitive answer to this question as any breed of dog has the potential to bite a human if they feel threatened or are not properly trained and socialized. However, some breeds are more likely to be involved in biting incidents due to their aggressive tendencies, including pit bulls, rottweilers and German shepherds. These dogs should be treated with caution and taught early on that biting is not acceptable behavior.

There are many different factors that go into determining which breed of dog is more likely to bite. However, some breeds are definitely more prone to aggression than others. Pit bulls, for example, are well-known for their aggressive tendencies.

Other breeds that tend to be more aggressive include Rottweilers, German Shepherds, and Huskies. While there is no definitive answer as to which breed of dog bites the most, it is clear that some breeds are much more likely to exhibit aggressive behavior than others. If you’re looking for a calm and docile companion, it’s best to steer clear of the breeds mentioned above. 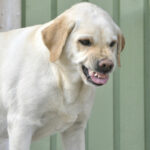 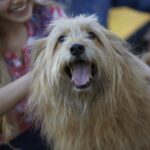