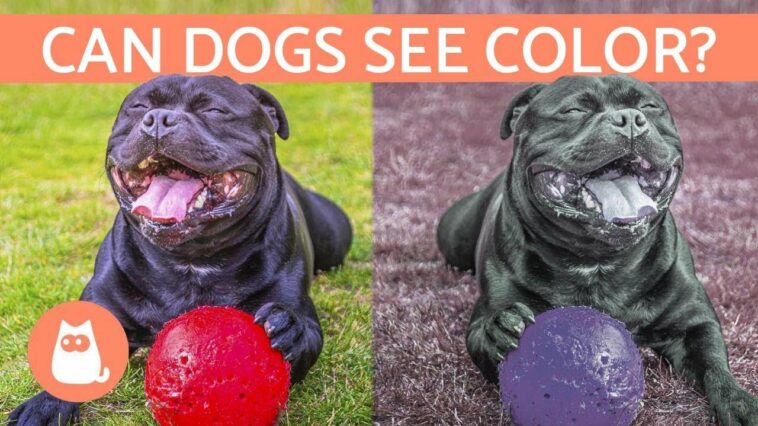 Dogs have long been considered man’s best friend, but how do they see us? A dog’s vision is different from ours in several ways. For one thing, dogs are not able to see as many colors as we can.

They also have a wider field of view and can see better in low light than we can. Additionally, dogs have a third eyelid that helps to protect their eyes and keep them lubricated. Finally, dogs’ eyes are specially adapted to help them track moving objects.

How do dogs see humans? This is a question that has been debated by dog owners and experts for years. Some believe that dogs see us as members of their pack, while others think that they view us as simply another animal.

So, what is the truth? How do dogs really see us? Interestingly, there is some scientific evidence to suggest that dogs do view us differently than other animals.

They may not understand everything about us, but they certainly know that we are different than any other animal on this planet. And that is something to be thankful for!

How Do Dogs See Human Faces

Dogs see human faces in a similar way to how we see them. They use the same part of the brain to process facial information and can pick up on many of the same cues that we do, such as eye contact, facial expressions, and even lip-reading. While dogs don’t see color the way we do, they are able to distinguish between different shades of gray.

This means that they can still see subtle differences in skin tone and hair color. Interestingly, dogs also seem to be aware of the direction that a person is looking. Studies have shown that they will follow someone’s gaze more often when that person is looking directly at them compared to when they are looking elsewhere.

Overall, dogs have a pretty good understanding of human faces and are able to communicate with us using this important cue.

What Do Dogs See at Night

Dogs have night vision that is far superior to ours. They can see in low light and even in complete darkness. This is because their eyes have a special reflective layer called the tapetum lucidum.

This layer reflects light back into the eye, which increases the amount of light available for the retina to detect.

READ  Can Dogs Eat Bread?
Dogs also have more rods in their eyes than we do. Rods are responsible for black and white vision and work best in dim lighting conditions.

Cones, on the other hand, provide color vision and work best in bright conditions. Because dogs have more rods than cones, they see better in low light but their color vision is not as sharp as ours. So what does all this mean?

It means that dogs see the world differently than we do, but that doesn’t make it any less beautiful to them. The next time you’re out at night with your furry friend, take a moment to appreciate how they experience the world around them!

Why Do Dogs Love Humans

Dogs are one of the most popular pets in the world, and there’s a reason why: they’re loyal, loving, and make great companions. But have you ever wondered why dogs seem to love humans so much? There are a number of reasons why dogs form such strong bonds with people.

One reason is that they are social animals who need companionship. Dogs evolved from wolves, which are naturally pack animals. This means that dogs have an instinctual need to be part of a group or family.

When they bond with humans, they satisfy this urge to be part of a pack. Another reason why dogs love humans is that we treat them well. We provide them with food, shelter, and love – all things that are essential for their survival.

In return, they show us their loyalty and affection. It’s a mutually beneficial relationship! Finally, it’s important to remember that every dog is different and will form different bonds with different people.

Some dogs may be more attached to their owners than others, but all dogs have the potential to develop strong relationships with the people in their lives.

What Can Dogs See That Humans Can’T

Dogs have many abilities that surpass those of humans. One such ability is their sense of sight. Dogs can see in the ultraviolet light spectrum, which means they can see things that we cannot.

This allows them to better navigate their surroundings and find objects or people that may be hidden from our view. One example of this is tracking prey. A dog’s keen sense of smell is well-known, but what many people don’t realize is that their vision also plays a role in this ability.

By being able to see in the ultraviolet light spectrum, dogs are able to track prey by following the scent trails that are invisible to us. Another example is finding land mines. Many countries use land mines as a way to protect their borders.

Unfortunately, these devices often end up harming innocent civilians long after the conflict has ended. Dogs who are trained to detect land mines are able to do so because they can see the UV reflectors that are used in their construction. This helps keep both people and animals safe from harm’s way.

READ  Is Barking Good for Dogs?


So, while we may not be able to see everything that dogs can, we should certainly be grateful for their abilities!

What Color Do Dogs See Humans

Because dogs only see in black and white, any colors that we appear to them as varying shades of gray.

How Do Dogs View Humans?

It’s no secret that dogs are some of the most loyal creatures on the planet. They form strong bonds with their owners and are always happy to see them. But have you ever wondered how dogs view humans?

Well, according to a new study, it turns out that dogs see us as members of their own pack. The research, which was conducted by scientists at the University of Vienna, found that dogs use facial cues to determine whether someone is a friend or foe. The study involved showing pictures of human faces to a group of dogs and measuring their reactions.

The researchers found that the dogs tended to stare longer at pictures of hostile faces than they did at pictures of friendly faces. This suggests that dogs are able to tell when someone is looking at them with hostility. Interestingly, the dogs in the study also showed a preference for looking at faces that were smiling.

This finding supports previous research which has shown that dogs are more likely to approach people who are smiling than those who have a neutral expression. So what does all this mean? Well, it seems that dogs view us as members of their social group and they use facial cues to determine whether we’re friendly or not.

So next time you’re feeling down, make sure to give your dog a big smile – it just might make their day!

Do Dogs See Humans As Dogs?

No, dogs do not see humans as dogs. Dogs are not capable of seeing things from our perspective and instead see the world based on their own canine senses and instincts. While a dog may be able to recognize a human family member or friend, they do not view us in the same way that we view them.

READ  Do Dogs Need a Light on at Night?

How Do Dog See Their Owners?

What Do Dogs Think When They Look at Us?

We can’t know exactly what goes on in a dog’s head when they look at us, but we can make some educated guesses based on their behaviors. For example, when a dog stares at us intently it could be because they’re trying to read our emotions or gauge our reactions to something. They might also be looking for direction from us, especially if we’re their owner or someone they consider to be in charge.

In general, it seems that dogs view us as important members of their pack and pay close attention to everything we do. So the next time your dog is giving you that intense stare, try to think about what they might be thinking and use it as an opportunity to bond with them even further.

According to a new study, dogs may see us as just another member of their pack. The research, published in the journal Frontiers in Neuroscience, found that dogs process faces much like we do—taking note of both emotional and physical cues. “We know that dogs are highly social animals and form strong attachments to their owners, but the basis for this has been largely mysterious,” says lead author Kun Guo, PhD, of the University of Lincoln’s School of Psychology in England.

“Our findings show that when dogs look at pictures of human faces they activate many regions within their brains that are also active when they look at pictures of other dog faces— suggesting that they may use some similar processes to code these different types of faces.” To reach this conclusion, researchers used fMRI scanners to track brain activity in 12 pet dogs while they viewed photos of familiar humans (their owner and an unfamiliar person), unfamiliar dogs, and control images (geometric shapes). When shown pictures of people or pups, the canines activated parts of their brains responsible for processing facial cues—including emotion—in a way similar to humans.

This suggests that dogs interpret our expressions using some of the same mechanisms as we do. 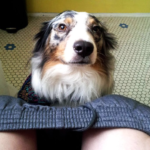