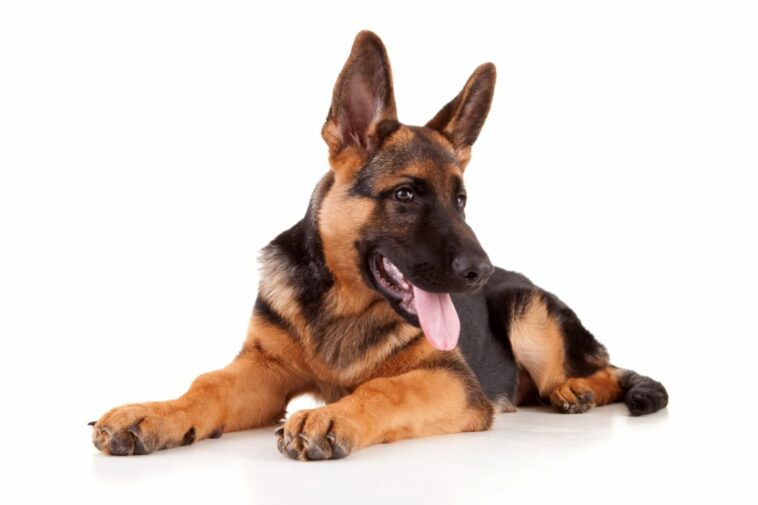 German Shepherds are one of the most popular dog breeds in America. They are known for their loyalty, intelligence, and protective nature. But they also have a reputation for being high-maintenance and prone to crying.

So, do German Shepherds cry a lot? The answer is yes and no. German Shepherds do have a tendency to be more vocal than other breeds, but that doesn’t necessarily mean they’re always crying.

A lot of times, their “crying” is actually just whining or whimpering – which can be normal behavior for any dog breed. And sometimes, it may just be that your German Shepherd is trying to tell you something (like he’s hungry or needs to go outside).

German Shepherds are not known for being particularly cuddly or emotional dogs. In fact, they are often bred for their ability to be stoic and level-headed in the face of stress or danger. However, that doesn’t mean that German Shepherds don’t feel emotions like happiness, sadness, fear, or love.

They just express them differently than other breeds. One way German Shepherds show their emotions is through their body language. They might lean into you when they’re happy or excited, or they might avoid eye contact and turn away from you when they’re sad or scared.

Crying is another way German Shepherds express themselves, but it’s usually not as dramatic as you might think. If you’ve ever seen a German Shepherd crying, it’s likely because they’re experiencing a strong emotion like fear or sadness. It’s also possible that they’re trying to communicate something specific to you, like needing to go outside or asking for food.

Regardless of the reason, it’s important to remember that your dog is just trying to tell you something – so try to listen and understand what they’re trying to say!

Why are German Shepherds So Emotional?

German Shepherds are often considered to be emotional dogs. This is likely because they are very intuitive and attuned to their human family’s moods and emotions. They are also highly intelligent, which means they can pick up on subtle cues that other dogs may miss.

Additionally, German Shepherds tend to form strong bonds with their owners and are very loyal, which can make them seem emotional.

Why Do German Shepherds Make So Much Noise?

There are a number of reasons why German Shepherds make so much noise. One reason is that they are bred to be working dogs, and their barking is often a way of communicating with their handlers. Additionally, German Shepherds are often very protective of their families and homes, and their barking can be a way of expressing this guarding behavior.

Finally, some German Shepherds simply enjoy making noise! Whatever the reason for your dog’s barking, it is important to train them to bark only when necessary, so as not to disturb your neighbors or other members of your community.

How Can I Tell If My German Shepherd is Sad?

If you’re worried that your German Shepherd may be sad, there are a few things you can look for. First, consider whether they’re eating and drinking less than usual. They may also sleep more or appear less active overall.

Additionally, German Shepherds may express sadness through whining or whimpering, and they may become more clingy or seek more attention than usual. If you notice any of these changes in your dog’s behavior, it’s important to take them to the vet to rule out any underlying medical conditions that could be causing these symptoms.

Why is My Gsd Crying?

If you’ve ever wondered why your German Shepherd is crying, you’re not alone. Many dog owners have this same question. Unfortunately, there is no one-size-fits-all answer to this question.

Each dog is unique and will cry for different reasons. However, there are a few common reasons why German Shepherds may cry. One reason your German Shepherd may be crying is because they are bored or lonely.

This is especially true if they are left alone for long periods of time with nothing to do. Dogs are social creatures and need companionship to be happy. If your GSD isn’t getting enough attention from you, they may start whining or crying to get your attention.

Another reason your GSD may be crying is because they are in pain or uncomfortable. If you notice that your dog starts crying when you try to touch them in a certain area, it’s possible that they are injured or have an underlying health condition that is causing them pain. It’s important to take them to the vet as soon as possible so that they can get the treatment they need.

Lastly, some dogs just cry more than others. This could be due to genetics or simply because they’re more sensitive than other dogs. If you’ve tried everything else and your GSD still seems to be crying a lot, it might just be their personality and there’s not much you can do about it.

Why Do German Shepherds Whine All the Time

There are a few reasons why German Shepherds whine all the time. The first reason is that they are bred to be working dogs. They are bred to herd sheep and other animals, so their natural instinct is to herd anything that moves.

This includes people and other animals. When they see something moving, they will often start to whine in order to get it to move in the direction they want it to go. Another reason German Shepherds whine all the time is because they are very intelligent dogs.

They learn quickly and pick up on new things easily. This means that if you keep doing something that they don’t like, such as scolding them or pulling on their leash, they will start to whine in order to let you know that they don’t like it. Finally, German Shepherds may also whine because they are anxious or stressed out.

If there is something going on that is making them feel uneasy, such as a loud noise outside or a strange person in the house, they may start to whimper or cry in order to express their anxiety.

Why Does My German Shepherd Whine When He Sees Me

If you’ve been gone for a while, he may be worried that you’re not coming back. This can cause him to whine and pace around anxiously. If your German Shepherd has started whining more than usual, it’s important to take him to the vet to rule out any medical causes.

Pain, hunger, and thirst can all lead to increased whining in dogs. Once any medical issues have been ruled out, you can start working on addressing the behavior itself.

READ  Do Worms Cause Diarrhea in Dogs?
If your German Shepherd is simply trying to get your attention, providing him with plenty of love and attention should help reduce his whining behavior.

Make sure to give him plenty of pets and treats when he’s behaving well so that he knows he’s being rewarded for good behavior. For dogs who are feeling anxious or stressed, there are a number of things you can do to help them feel better. Exercise is always a great way to relieve stress in dogs, so make sure your German Shepherd is getting plenty of walks and playtime each day.

You might also want to consider using dog calming products like ThunderShirts or CBD oil if your dog seems particularly anxious or stressed out.

Do you have a furry friend that follows you around everywhere you go? If so, then you may be wondering why they do this. After all, it can be pretty annoying at times!

However, there are actually a number of reasons why your German Shepherd (or any other dog breed) may feel the need to follow you from room to room. One reason why German Shepherds may follow their owners around is because they want to protect them. This is especially true if there are other people or animals in the home who the dog isn’t familiar with.

By sticking close to their owner’s side, they can ensure that everyone behaves and no one gets too close for comfort. Another common reason for dogs following their owners is simply because they enjoy being near them and receive attention and affection from them when they do so. This is particularly true of German Shepherds who are known for being very loyal and attached to their families.

If your dog seems happy and content when following you around, then this is likely the case. Whatever the reason for your German Shepherd’s clinginess, it’s important to make sure that you provide them with plenty of exercise and mental stimulation throughout the day. This will help to tire them out so that they’re not quite so focused on shadowing your every move!

No, German Shepherds do not cry a lot. They are a very stoic breed and they tend to keep their emotions in check. However, there are times when they may need to express themselves and they will do so through body language and facial expressions. 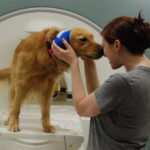 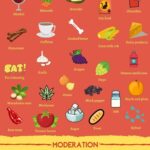