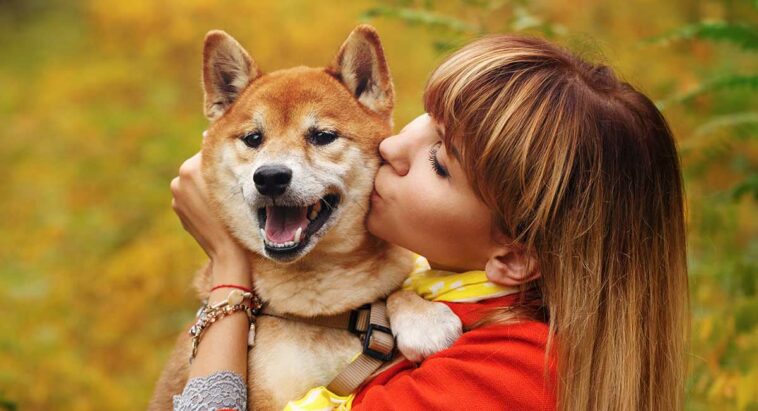 Dogs have been known as “man’s best friend” for centuries, and there are many reasons why. They’re loyal, they’re protective, and they’re always down for a cuddle. But one of the things that people often wonder about dogs is: do they like kisses?

The answer is… it depends. Some dogs absolutely love getting kisses from their humans, while others would much rather avoid them. It really varies from dog to dog.

So how can you tell if your dog likes kisses or not?

Do dogs like kisses? That’s a question that many dog owners ask themselves. After all, who doesn’t love getting kissed by their furry friend?

While some dogs may enjoy the attention, others may not be so fond of it. So, what’s the verdict? It turns out that whether or not dogs like kisses depends on the individual dog.

Some dogs seem to genuinely enjoy being showered with affection, while others would prefer to avoid it altogether. If your dog is the latter, don’t take it personally – they just have different preferences! If you’re unsure whether your dog likes kisses or not, the best way to find out is to simply ask them.

Watch their body language and see how they react when you lean in for a smooch. If they seem uncomfortable or start squirming away, it’s probably best to refrain from kissing them on the mouth. However, if they happily lean into you and give you a little lick back, then it’s safe to say that they enjoy being kissed by their humans!

Do Dogs Feel Love When You Kiss Them?

When it comes to kissing our dogs, most of us do it because we love them and it makes us feel good. But what about our dogs? Do they actually enjoy being kissed by their humans?

The simple answer is that we don’t really know for sure. Dogs don’t exactly communicate with us in words, so it can be difficult to say definitively whether or not they enjoy something like being kissed. That said, there are some things we can look at to try and get a better idea of how dogs might feel about being kissed by their humans.

For example, many dog owners report that their dogs seem to respond positively to kisses, often leaning into them or returning the gesture in some way.

READ  Are Bulldogs Aggressive?
In addition, research has shown that oxytocin, the “love hormone” which is involved in bonding and attachment between individuals, increases when people kiss their dogs. This suggests that there may be something beneficial for both parties involved in this type of physical affection.

So while we can’t say for certain whether or not dogs love being kissed by their humans, it seems likely that they at least enjoy and appreciate this show of affection from the ones they love most!

What Does a Dog Think When You Kiss It?

When you kiss your dog, they may not be entirely sure what’s happening. They know that you’re being affectionate, and they may enjoy the attention, but they probably don’t understand the concept of a kiss. Dogs communicate through body language and scent, so when you lean in to give them a kiss, they’ll interpret it as an invitation to sniff you.

They may also lick your face as a sign of affection. Ultimately, your dog is likely to enjoy the physical attention and will view kissing as another way to bond with you.

It’s no secret that people love to show their affection for their dogs by hugging and kissing them. But do dogs actually enjoy this type of physical contact? The answer may surprise you.

While some dogs are definitely more tolerant of hugs and kisses than others, the vast majority of them really don’t care for it. In fact, many dogs view hugging and kissing as a form of aggression. Think about it from your dog’s perspective.

When someone comes at you with their arms outstretched and their face pushed close to yours, it can be pretty intimidating. It’s not natural for dogs to stand still while someone invades their personal space like that. That’s why you often see dogs trying to squirm away when they’re being hugged or kissed.

They’re not being rude, they’re just uncomfortable and want to get away from the situation. So if you’re one of those people who loves showering your dog with physical affection, just be aware that they might not be enjoying it as much as you are!

Do Dogs Know You Love Them?

If we are happy, they are usually happy too. If we are sad, they may try to cheer us up with their silly antics. Dogs also seem to understand the concept of love and attachment.

They form close bonds with their owners and other family members. They grieve when we die or move away. So, it’s pretty clear that dogs do know when we love them – and they return that love tenfold!

It’s no secret that dogs are some of the most lovable creatures on the planet. They provide us with companionship, unconditional love, and hours of entertainment. So it’s only natural that we want to show our affection for them by hugging them.

But do dogs actually like hugs? The short answer is: it depends. Some dogs seem to genuinely enjoy being hugged and will lean into their human’s embrace while others may tolerate it but would prefer not to be restrained in such a way.

And then there are those who outright dislike being hugged and may even growl or snap at their hugger in order to get away from the situation. So why the difference? It likely has to do with each dog’s individual personality as well as his or her past experiences.

For example, a dog who was frequently restrained during puppyhood (perhaps during vet visits or grooming appointments) may not enjoy being hugged as an adult because it brings back memories of feeling trapped and helpless. On the other hand, a dog who was never restrained might see hugging as simply another way to express affection and love and could therefore enjoy the experience. If you’re unsure whether your dog likes hugs, pay attention to his body language when you go in for one.

If he seems tense or uncomfortable, it’s best to respect his wishes and refrain from hugging him. However, if he seems relaxed and even leans into your embrace, then go ahead and give him a big squeeze!

Do Dogs Know We Love Them

We all know that dogs are loyal companions, but did you ever stop to wonder if they know how much we love them? The answer is a resounding yes! Dogs are highly attuned to the emotions of their owners and they definitely know when we’re feeling happy, sad, or angry.

They also pick up on our body language and tone of voice, so they can tell when we’re being sincere in our affection.

READ  What Does It Mean When a Dog Sighs?
Of course, every dog is different and some show their love for us more than others. But even the most aloof canine knows that we care for them deeply.

So next time you’re feeling down, just cuddle up with your furry friend and let them remind you of all the reasons why you’re loved.

Dogs are often seen as man’s best friend, and it’s no wonder why. They provide us with companionship, love, and loyalty. And while they may not be able to verbalize it, there are plenty of ways that dogs show their affection for us.

One of the most common is through kisses and hugs. Most dogs enjoy physical affection from their owners in the form of scratches behind the ears, petting, or even full-on hugs. While some may see this as a way to get attention or food, genuine displays of affection from your dog usually come unprompted.

So if your dog spontaneously leans in for a hug or gives you a big smooch on the cheek, chances are they really do love you! Of course, every dog is different and some may not be as fond of kisses and hugs as others. If your dog seems uncomfortable or hesitant when you try to show them physical affection, it’s best to respect their boundaries and give them space.

Ultimately, what matters most is the bond between you and your furry friend – whether that’s expressed through cuddles or belly rubs (or both!).

Many people believe that dogs enjoy kisses from their owners, but this is not always the case. While some dogs may indeed enjoy the affection, others may view kisses as a sign of dominance or aggression. It is important to be aware of your dog’s body language when you are kissing them, as they may be trying to tell you that they are not enjoying it.

If your dog backs away or seems uncomfortable, it is probably best to avoid kisses in the future. 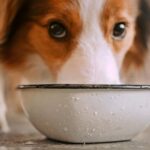 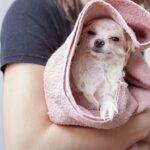