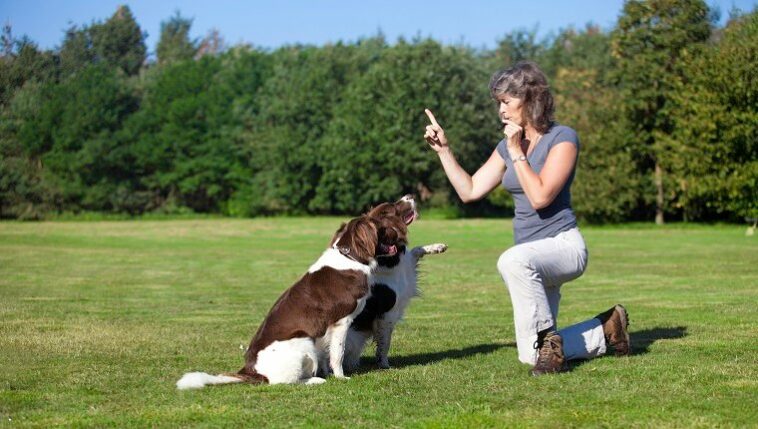 Dog whistles are extremely high-pitched, and because of this, many people believe that they can hurt a dog’s ears. However, research has shown that dog whistles do not hurt dogs. In fact, dogs can hear frequencies that are much higher than those of human beings.

Dog whistles are actually used to train and communicate with dogs. When used correctly, dog whistles can be a helpful tool for both owners and their furry companions.

Dog whistles are often used by dog owners and trainers to get their dogs’ attention. But do dog whistles actually hurt dogs? There is no definitive answer, as it depends on the frequency of the whistle and the sensitivity of the individual dog.

Some dogs may be able to hear frequencies that humans cannot, so a whistle that seems harmless to us may be quite loud and jarring to a dog. If you’re concerned that your dog may be bothered by a whistle, it’s best to err on the side of caution and avoid using one. There are plenty of other ways to get your dog’s attention, such as calling their name or using a clicker.

What Does a Dog Whistle Do to a Dog

A dog whistle is a special type of whistle that produces sound at a frequency that is too high for humans to hear. Dog whistles are used to train and control dogs. When used correctly, a dog whistle can be an effective tool for communicating with your dog.

When a dog hears the sound of a dog whistle, it will typically respond in one of two ways. The first response is called the startle reflex. This is when the dog’s ears perk up and it looks alert.

The second response is called the orienting reflex. This is when the dog turns its head towards the source of the sound. Both of these reactions are natural and instinctive for dogs.

The startle reflex helps them to be aware of potential threats, while the orienting reflex allows them to locate the source of interesting sounds. By using a dog whistle, you can effectively get your dog’s attention and train it to respond to specific commands.

Do dog whistles work to stop barking? That’s a question many dog owners ask themselves when their furry friend just won’t stop yapping. The short answer is, yes, they can be effective in some cases.

But it really depends on the individual dog and the owner’s training methods. There are two main types of dog whistles: silent and ultrasonic. Silent whistles emit a sound that is undetectable to human ears but can still get a dog’s attention.

Ultrasonic whistles emit a high-pitched sound that is audible to humans but very annoying to dogs. When used correctly, either type of whistle can be an effective way to train your dog and get them to stop barking. But there are a few things you need to keep in mind before using one on your pooch.

First, you need to make sure you’re using the correct type of whistle for your dog. If you have a small breed, then a silent whistle may be all you need. But if you have a larger breed or one that is particularly vocal, then an ultrasonic whistle may be necessary to get their attention.

Secondly, you’ll need to spend some time training your dog with the whistle so they know what it means and how to respond properly. This includes teaching them commands such as “quiet” or “speak” so they know when it’s okay to bark and when it’s not. Finally, don’t forget that consistency is key when using any type of training tool – including dog whistles!

So make sure you use the whistle every time your dog barks so they learn that this is the cue to stop Barking .

Do Dog Whistles Work Through Walls

Dog whistles are often used by dog owners to train their dogs, and many people swear by their effectiveness. But do dog whistles actually work through walls? The answer is yes – to a certain extent.

Dog whistles emit sound waves that are too high for humans to hear, but which dogs can pick up on. So if you’re using a dog whistle to train your dog from another room, chances are good that your dog will still be able to hear it.

READ  Is Royal Canin Good for Dogs?
However, it’s important to keep in mind that the further away you are from your dog when using a dog whistle, the less likely it is that they’ll be able to hear it clearly.

Do Dog Whistles Hurt Dogs? This is a question that seems to come up a lot, particularly with those who are thinking about using one to train their own dog. The simple answer is no, dog whistles do not hurt dogs in any way.

In fact, they are actually quite useful tools for training and behavior modification. Now, it’s important to understand how sound works in order to see why a dog whistle wouldn’t hurt your furry friend. Dogs (and all animals) hear sounds differently than humans do.

We can only hear frequencies up to about 20kHz, but dogs can hear frequency ranges from 40kHz all the way up to 100kHz! This means that there are some sounds that we simply cannot hear, but dogs can. So when you blow a dog whistle, your dog hears a high-pitched sound that you cannot.

But because this sound is within their range of hearing, it does not hurt them in any way. In fact, many dogs actually seem to enjoy the sound of a dog whistle! There are many different ways to use a dog whistle as part of your training regime.

For example, you can use it as an attention getter when your dog is not paying attention to you or if they are getting too excited during a training session. You can also use it as a cue for certain behaviors – such as coming when called – or as positive reinforcement for good behavior (i.e., blowing the whistle followed by giving your pup a treat).

READ  What Vegetables Can Dogs Not Eat?

No, dog whistles do not drive dogs crazy. In fact, dog whistles are often used by trainers to get a dog’s attention and focus on the task at hand. While some dogs may be startled by the sound of a whistle, they will quickly learn that it is not something to be afraid of.

There is a lot of debate on whether or not high pitched noises are harmful to dogs. Some people believe that the noise can cause stress and anxiety in dogs, while others believe that it is simply annoying but not actually harmful. However, there is no definitive answer and it really depends on the individual dog’s reaction to the noise.

If your dog seems to be bothered by high-pitched noises, it might be best to limit their exposure to them or try to desensitize them gradually over time.

Yes, a dog whistle can hurt human ears. The sound of a dog whistle is actually above the range of human hearing, so it can be quite loud and jarring to our ears. In addition, because we are not used to hearing such high-pitched sounds, it can be difficult for our brains to process what we are hearing, which can lead to headaches or even dizziness.

What Frequency Will Hurt a Dog’S Ears?

There is no definitive answer to this question as it depends on a number of factors, including the size and breed of dog, as well as the specific frequency in question. However, it is generally agreed that frequencies above 80kHz are unlikely to cause any pain or damage to a dog’s ears. In fact, many dogs can hear up to twice that range!

A dog whistle is a high-pitched noise that is used to train dogs and get their attention. Some people believe that dog whistles are harmful to dogs, but there is no scientific evidence to support this claim. Dog whistles are safe to use on dogs and can be helpful in training them. 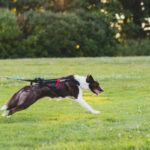 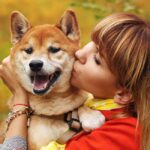