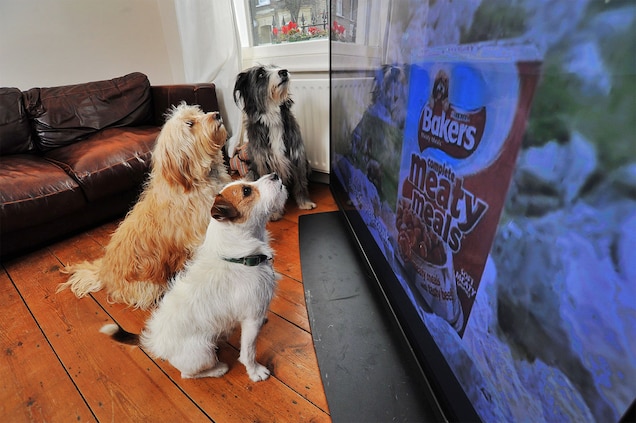 Dogs are known for their intelligence, and many dog owners like to think that their canine companions are just as intelligent as humans. While dogs can certainly learn tricks and commands, it’s debatable whether or not they can actually understand what they’re seeing on television. Some dog owners claim that their dogs seem to be interested in watching television, while others say that their dogs couldn’t care less about the moving images on the screen.

So, what’s the truth? Can dogs really watch television, or are they just reacting to the movement and sound?

Yes, dogs can watch TV! In fact, they enjoy it just as much as we do. It’s a great way to bond with your furry friend and keep them entertained.

Just make sure you choose programming that is appropriate for their age and energy level.

What Do Dogs See When They Watch TV?

TV to dogs looks like a confusing and somewhat alarming experience. While they can see the images on the screen, they cannot process them in the same way that humans do. This means that they are often left feeling baffled and even a little scared by what they’re seeing.

That’s not to say that dogs can’t enjoy watching TV. Many of them do! Just like us, they love snuggling up on the couch with their favourite human and taking in some quality entertainment.

But it’s important to remember that their experience of TV is very different to our own. So don’t be too surprised if your pup doesn’t seem all that interested in what’s going on on-screen.

READ  Is It Ok to Use Baby Wipes on Dogs?

However, there are a few things to keep in mind when it comes to your dog’s viewing experience. First, dogs see the world differently than we do. They have better vision in low light conditions and their eyesight is more sensitive to movement.

This means that they may be more interested in watching something that is moving on the screen (like a bird flying across it) than something that is stationary (like a person talking on the phone). Second, dogs process visual information differently than we do. They don’t recognize faces as well as we do and they are less likely to understand what they are seeing on a screen because they don’t have the same context for it that we do.

That said, some dogs will become very interested in certain types of shows or movies – usually ones with a lot of action or animal characters – because they find them visually stimulating. Finally, keep in mind that not all dogs will react the same way to watching TV or looking at phone screens. Some may seem bored or uninterested, while others may get excited or even try to chase the images on the screen!

It really depends on the individual dog’s personality and preferences. So if you’re wondering whether or not your dog can see TV and phone screens, the answer is yes – but there’s a bit more to it than that!

READ  Do Dogs Get Mad at You?

We all know that dogs are intelligent creatures. But did you know that they can actually understand what’s happening on TV? That’s right – dogs can pick up on the sights and sounds of a television show and make sense of it all.

So, if you’re ever wondering whether or not your dog is really paying attention to the TV, rest assured – they probably are! Dogs have been known to watch specific programs that interest them, such as animal shows or even doggy movies. And just like us humans, they can get pretty invested in what’s going on on-screen.

So next time you’re settling down to watch your favorite show, don’t be surprised if your furry friend wants to join in. They might just be trying to learn a thing or two!

Why Do Some Dogs Watch Tv And Others Don’T

There are a variety of reasons why some dogs may enjoy watching television while others do not. It could simply be that some dogs are more attracted to movement and find the flickering images on the screen interesting, while others may be less stimulated by it. Additionally, some dogs may have been trained to associate certain sounds or images with rewards, making TV viewing a positive experience for them.

Ultimately, it varies from dog to dog as to whether or not they take interest in what’s playing on the television.

Do dogs like to watch TV when alone? It’s a common question that dog owners ask, particularly when they’re trying to find ways to keep their pups entertained.

READ  12 Cute Miniature Dog Breeds
The answer, unfortunately, isn’t as straightforward as we’d like it to be.

While some dogs seem to genuinely enjoy watching television, others couldn’t care less about the flickering images on the screen. And then there are those dogs who become fixated on the TV and can’t tear themselves away – even if it means missing out on important things happening in the real world around them. So why is it that some dogs love watching TV while others could care less?

Unfortunately, there’s no easy answer. It likely comes down to a combination of factors including genetics, personality, and past experiences. If your dog seems interested in what’s playing on the television, there’s no harm in letting them watch occasionally.

Just be sure not to leave them alone in front of the TV for extended periods of time as they could become bored or anxious without human interaction.

Yes, dogs can watch TV. In fact, they enjoy it! Dogs are very visual creatures and love to watch movement.

They also pick up on emotional cues from humans, so watching a show with you can be a bonding experience. Just don’t put the volume too loud – remember that dogs have sensitive hearing. 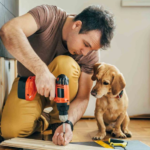 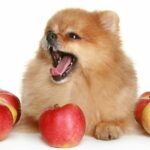