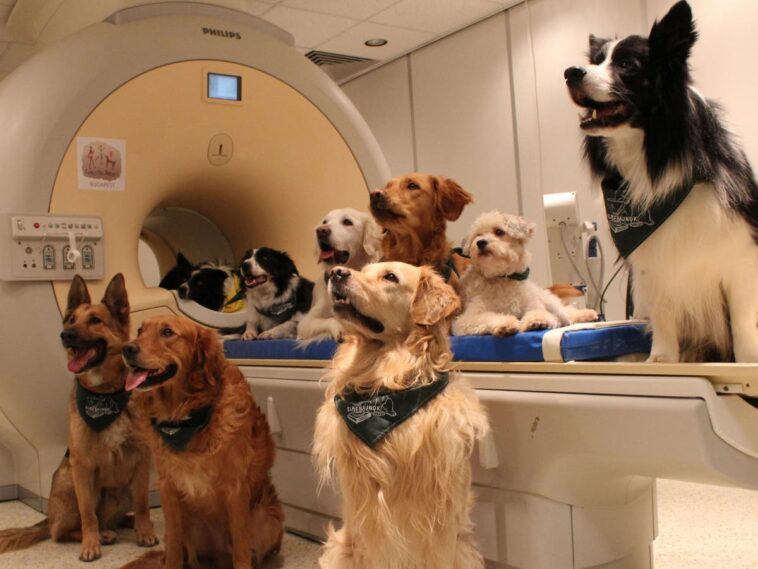 Dogs have been known as “man’s best friend” for centuries, and there are many reasons why this is true. Dogs are loyal, loving, and protective of their owners. They provide us with companionship and unconditional love.

But can dogs really understand humans? There have been numerous studies done on the subject of whether or not dogs can understand human language and communication. The answer seems to be yes, to some degree.

Dogs are able to pick up on certain words and phrases that we use with them, and they respond accordingly. For example, most dogs will know the command “sit” or “stay” because they have been trained to do so. But it goes beyond just simple commands.

Dogs also seem to be able to understand the tone of our voice and the emotions behind our words. If we are angry or upset, they will usually sense that something is wrong and will try to comfort us. Conversely, if we are happy or excited, they will often get excited as well.

There are mixed opinions on whether or not dogs can understand humans. Some people believe that dogs are capable of understanding at least some of what we say to them, while others believe that they only pick up on certain cues and cannot actually understand human language. However, there is some evidence to suggest that dogs may be able to understand us better than we think.

For example, a study published in the journal Science found that dogs were able to follow human pointing gestures better than chimpanzees and wolves. This suggests that dogs have evolved to better understand human communication. Additionally, other research has shown that dogs respond differently to positive and negative words, which indicates they may be able to process the meaning of words.

So, while we may never know for sure if dogs can truly understand human language, it seems likely that they at least have some ability to do so. And even if they don’t fully understand our words, they definitely seem to understand our emotions!

It’s a common belief that our canine companions can understand everything we say to them. And while it’s true that dogs are better at understanding human speech than any other animal, they still aren’t quite on our level when it comes to communication. Dogs have been bred for centuries to be our loyal and loving companions, so it’s no surprise that they’ve developed an uncanny ability to understand many of the words we use and the tone in which they’re said.

Studies have shown that dogs can learn up to 250 words and gestures, and they can also interpret the emotions behind our words. For example, if you scold your dog for chewing on your shoes, they’ll likely cower in fear or look guilty because they know you’re angry.

READ  Do Dogs Think We Are Dogs?
However, dogs don’t really “speak” human language in the way that we do.

They don’t form sentences or ask complex questions like we do. Instead, they rely heavily on body language and vocal cues to communicate with us. So if you want your dog to really understand what you’re saying, it’s important to use clear words and speak in a calm, positive tone.

While dogs may not be able to fully understand human speech, there’s no doubt that they are experts at reading our emotions and responding accordingly. So next time you’re feeling down, just remember that your furry friend is always there for you – even if all you need is a good hug (or some drooly kisses).

It’s no secret that dog owners love to talk to their dogs. We talk to them about our day, what we’re doing, how much we love them – and they just look at us with those big, brown eyes and wagging tails. But does your dog actually like it when you talk to him?

The answer is yes – dogs do enjoy being spoken to by their owners. In fact, they see it as a form of communication and bonding. When you speak to your dog in a loving voice, they understand that you’re trying to connect with them and it makes them feel good.

Of course, every dog is different and some may prefer not to be spoken to too much while others will lap up every word. But generally speaking, if you want to build a strong bond with your furry friend, talking (and listening) is the way to go!

What Human Words Do Dogs Understand?

It’s no secret that our furry friends understand us better than we give them credit for. In fact, dogs are thought to be able to understand up to 250 words and gestures, although the average dog can only remember about 165 of those words. But what exactly are the human words that dogs understand?

Interestingly, research shows that the first word most puppies learn is actually their own name. From there, they start to pick up on common commands such as “sit” or “stay”. Dogs also seem to have an understanding of words describing basic objects such as “ball” or “toy”.

However, it’s important to note that a dog’s understanding of these words is likely more contextual than literal. For example, your dog might not necessarily know that the word “ball” refers to a round object if they’ve never seen one before.

READ  Can French Bulldogs Go Up And Down Stairs?
Interestingly, dogs also seem to be able to understand some more complex concepts, such as size and shape.

A study conducted by Oxford University found that border collies were able to correctly select the larger or smaller of two objects 72% of the time when given verbal cues such as “which one is bigger?” or “which one is smaller?”. This suggests that dogs may have some level of abstract thought and language comprehension.

Do Dogs Know Their Owners?

Sure, dogs know their owners. They have to — otherwise, how would they get the food, walks, and belly rubs they so love? But just how much do dogs understand about us humans?

It turns out that dogs are pretty good at picking up on our cues, both verbal and nonverbal. A study published in the journal Science found that dogs can follow human gaze and point gestures better than chimpanzees and wolves. And another study showed that dogs will preferentially beg from a person who’s gazing at them — even when that person is a stranger.

So it seems like dogs do have some understanding of who their owners are and what they want from them. But it’s important to remember that this understanding is limited by the fact that dogs are not human. They don’t share our language or our culture, so there’s only so much they can comprehend about us.

It’s no secret that our canine companions are pretty smart. But can they really understand human English? Many dog owners like to think that their pups understand everything they say.

For example, there was the border collie who could reportedly understand more than 1,000 words (though his owner admitted that he used a lot of repetition and visual cues). Then there are the dogs who have been trained using only positive reinforcement – meaning no scolding or punishment – yet still seem to know what we’re saying. One well-known example is Chaser, a border collie who learned more than 1,000 words (again, with the help of extensive repetition and visual aids).

Her owner says she understands phrases like “take a nap” and “let’s go outside.”

READ  What Vegetables Can Dogs Eat?
On the other side of the argument are those who believe that dogs only pick up on certain keywords and tones of voice, rather than actual meanings. They point out that even the most intelligent dogs can’t learn an unlimited number of words like humans can.

And while some may be able to learn an impressive vocabulary, it’s usually because their owners use very consistent commands – always saying “sit” when they want their dog to sit, for instance. This lack of variation makes it easier for dogs to associate certain words with specific actions.

Can Dogs Understand Each Other

It’s no secret that dogs are incredibly social creatures. They live in packs and form close bonds with their canine companions. But what about communication?

They use these channels to convey their emotions, needs, and intentions to other dogs. However, it’s important to remember that dogs are not humans. They don’t share our language or our ability to reason.

So while they can certainly understand each other, there will always be a limit to their communication.

Sure, your dog knows when you’re happy or sad just by looking at your face. But can dogs really understand human emotions? It turns out that they can!

So it seems that dogs not only pick up on our emotional cues, but they also react to them in their own way. This research shows that the bond between humans and dogs is even stronger than we thought!

Yes, dogs can understand humans better than we think. Dogs are one of the most popular pets in the world and have been bred by humans for centuries to be our loyal companions. They have evolved to read our body language and facial expressions and can even pick up on our tone of voice.

So when we ask them to sit or stay, they know exactly what we mean. 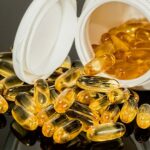 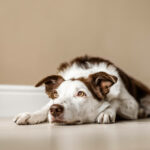