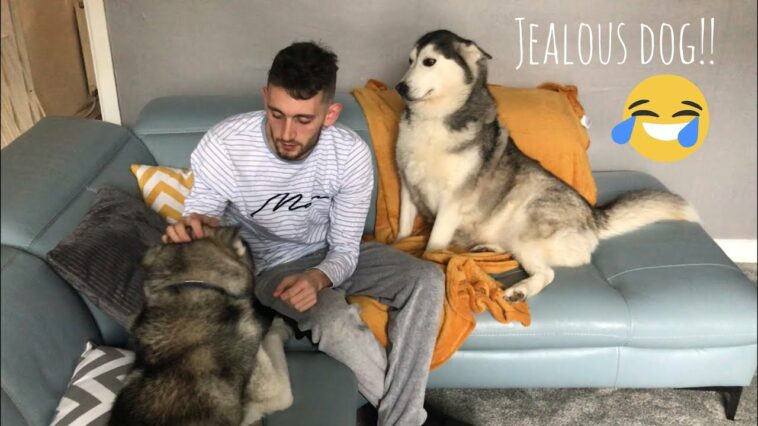 Huskies can get jealous of other dogs, people, and even objects. This jealousy can sometimes lead to aggression.

If you have a well-adjusted husky, there’s no need to worry about jealousy issues.

Huskies are not naturally possessive, but they can become so if they are not properly socialized or if they are left alone too much. If a husky does become possessive, it is usually towards one particular person or thing and is often the result of fear or insecurity. Possessiveness can be a serious problem, so it is important to nip it in the bud as soon as possible.

The best way to do this is to make sure your husky gets plenty of socialization, both with people and other dogs. If you think your husky might be becoming possessive, consult with a trainer or behaviorist for help.

How Do I Stop My Husky from Being Jealous?

One way to stop your husky from being jealous is to make sure that you are not giving any other dog more attention than you are giving him. Huskies are very loyal and loving dogs, but they can also be quite jealous. If you think your husky is feeling jealous, try spending some extra time with him doing things he enjoys.

This will help him feel loved and secure, and hopefully stop the jealousy. Another way to stop your husky from being jealous is to crate train him. This will give him his own space where he feels safe and secure, and he will not be able to see you paying attention to other dogs.

READ  10 Secrets for Having a Happy Dog

Do Huskies Care About Their Owners?

Huskies are incredibly loyal and protective of their owners. They have a strong sense of pack mentality, which means they will do whatever it takes to keep their pack safe – including sacrificing their own lives. Huskies have been known to form deep bonds with their owners and can become very attached to them.

This is why it’s so important for husky owners to provide plenty of attention, love, and exercise for their furry friend.

Huskies are a type of dog that was originally bred in Siberia. They were used for sledding and other work in cold climates. Huskies are known for their thick fur coats, which keep them warm in the winter.

They are also known for being very friendly and good with children. Most huskies enjoy being cuddled, especially if it is by someone they know and trust. They are usually very affectionate dogs who love to be around people.

However, some huskies may not like being cuddled if they are not used to it or if they feel uncomfortable with it. If you want to cuddle your husky, make sure to do it gradually so that they can get used to it.

Huskies are known for being loyal, protective dogs. But what happens when that loyalty is directed towards their human companions? If you have a husky, you might notice that he gets jealous of your significant other.

While this may seem cute at first, it can actually be quite dangerous. Here are some things to keep in mind if your husky is jealous of your girlfriend: First and foremost, never punish your dog for being jealous.

This will only make the problem worse. Instead, try to redirect his attention with positive reinforcement such as treats or toys.

READ  How Do Dogs Say Sorry?
Secondly, make sure that your girlfriend is comfortable around dogs.

She should know how to approach and interact with them in a way that won’t trigger any negative behaviors. Lastly, keep an eye on the body language of both your dog and girlfriend. If they start to stiffen up or look uncomfortable around each other, it’s time to separate them before things get out of hand.

Why are Huskies So Jealous

There are a number of reasons why huskies may be more prone to jealousy than other dog breeds. For one, they are very pack-oriented animals and love being around their family members. This can make them feel left out or threatened when someone new comes into the picture, whether it’s another pet or a human partner.

Additionally, huskies are highly intelligent and intuitive dogs who pick up on cues very easily. If they sense that you’re paying more attention to someone else, they may become jealous as a result. Finally, huskies have a lot of energy and require a lot of exercise – if they don’t get enough mental and physical stimulation, they may start acting out in destructive ways as a way to release all that built-up energy.

Dog Suddenly Protective of Me

This is because they begin to see us as members of their pack and feel the need to protect us. There are a few things you can do to help your dog feel more comfortable and less anxious about protecting you. First, make sure that you’re providing plenty of love and attention.

Dogs need this type of interaction in order to feel secure in their relationships with humans. Secondly, give your dog plenty of exercise. A tired dog is a good dog!

And finally, don’t forget to provide plenty of mental stimulation for your pup. Boredom can lead to all sorts of behavioral problems, including increased protectiveness.

READ  What is the Best Harness for a Dog That Pulls?
If your dog suddenly starts exhibiting protective behaviors, don’t panic!

Just take some extra time to show them how much you love them and provide them with the physical and mental stimulation they need.

Dogs are naturally territorial animals and can become possessive of their homes, families and belongings. While this trait can be helpful in guarding against intruders, it can also lead to problems if a dog becomes too possessive. An overly possessive dog may growl or snap at anyone who comes near his food bowl, favorite toy or bed.

He may also guard you from other people, even family members or friends. Possessiveness is often the result of fear or insecurity, so it’s important to provide your dog with plenty of love, attention and positive reinforcement. If your dog is already showing signs of possessiveness, there are some things you can do to help him feel more secure:

-Make sure he has plenty of chew toys and bones to keep him occupied so he doesn’t feel the need to guard his food bowl. -Give him a safe place to sleep where he feels protected, such as a crate or bed with high sides. -Don’t allow visitors to approach him until he is calm and relaxed; have them toss treats to him instead.

With patience and consistency, you can help your dog overcome his possessiveness and learn to share his home (and you) with others.

Huskies are known for being jealous dogs. If you have another pet in the house, your husky may become jealous of the attention you give them. This can lead to behavioral problems such as barking, growling, and even biting.

To avoid this, make sure to give your husky plenty of attention and exercise. 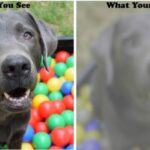 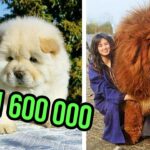