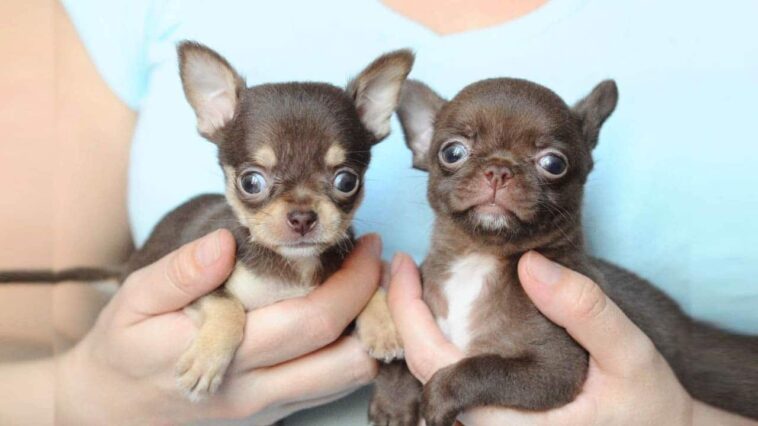 Chihuahua is the smallest of all dog breeds and also one of the oldest breeds at the same time.

There is a lot of confusion regarding the history of these little dogs, but most experts agree their roots lie in Mexico.

Some sources tie the Chihuahua dogs to Te–chichi dogs (companion dog of the Toltec civilization) that were popular in the ancient Mayan civilization.

One way or another, Chihuahuas are still very popular all over the world, serving as the ultimate toy dog, loved especially by women. 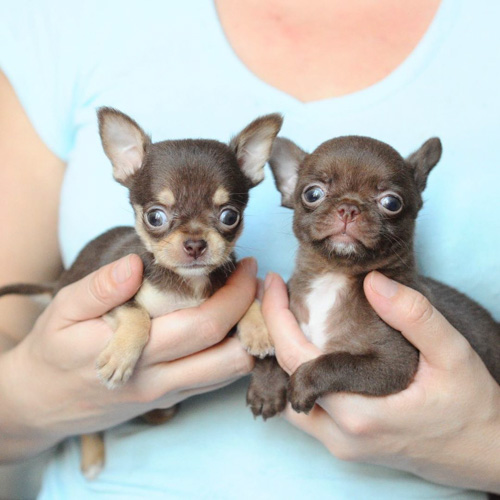 On this site, I will tell you more about the history of these cute animals; there will be some videos and photos to look at and useful advice.

In case you own a Chihuahua, please send me a photo of your pet, and I will post it on this site. Welcome again, and enjoy your stay.

Some Fun Facts about Chihuahuas

Aside from the well-known fact that they are officially the smallest breed of dogs in the world, there are some other interesting pieces of information that you might not know about the Chihuahuas.

One of the first things that you should know about it is that even though it might not look like that type of dog breed, the Chihuahua should be bathed at least once each month.

You might not think of them in this way because they are short–haired dogs that are usually very tidy in appearance, but they tend to develop a certain strong odor if not bathed regularly. 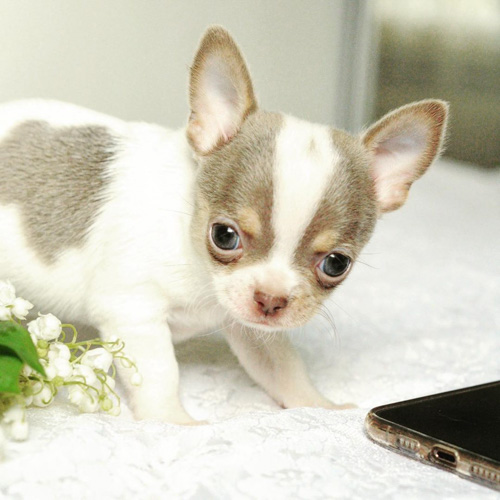 Even though the Chihuahua is officially the smallest breed in the world, the smallest individual dog recorded was not a Chihuahua but instead a Yorkshire terrier.

Other than being the smallest, they are also one of the oldest, if not the oldest indigenous dog breed on the entire American continent given that remains of similar dogs have been found in ancient Aztec and Toltec archaeological dig sites on many different locations.

They were introduced to the European continent in the late 19th century.

If you are a light sleeper and you are planning to keep your dog in the same room where you sleep, a Chihuahua might not be the right choice of pet for you because they sometimes tend to snore and produce whizzing sounds in sleep due to their small noses.

You might think that the characteristic raised ears of the Chihuahua are like that from its birth, but you would be wrong to assume that because they are born with floppy ears, and they straighten up as the dog develops and grows.

READ  What Colors Can Dogs See?

One of the main reasons why the Chihuahua is so popular among pretty girls everywhere is that this dog simply adores sunbathing.

There is nothing that a Chihuahua would rather do than lay around in the sun all day next to you and work on its tan. 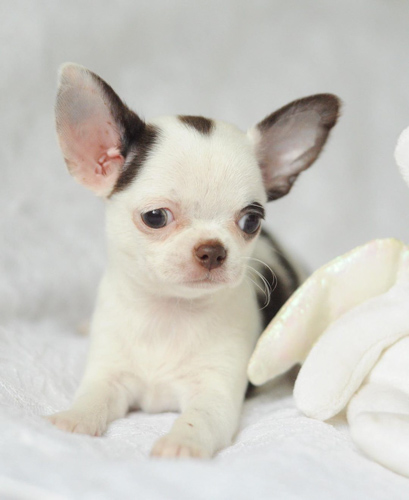 It is not easy finding a responsible Chihuahua breeder because they are few and can be very far apart.

The cause of this is that the dog is sought after very much, mostly because of its huge presence in popular culture, and there is a high demand for Chihuahua puppies.

On the other hand, because they are a small breed, they also provide a very small litter– frequently only one or two offspring.

This, in turn, leads to lots of irresponsible breeding, which can result in puppies with various health problems.

This is why you should always be careful when selecting the best breeder for the pet that you want to introduce to your home.

The good-tempered and well-bred Taco Bell dog can often be a misleading influence for families with small children who don’t pay much attention to the type of dog that they are getting, and this can complicate things very much.

With a Chihuahua, you should take special care that the puppy that you are getting is from parents who have been checked for various genetic problems and who don’t have potential problems with their disposition. 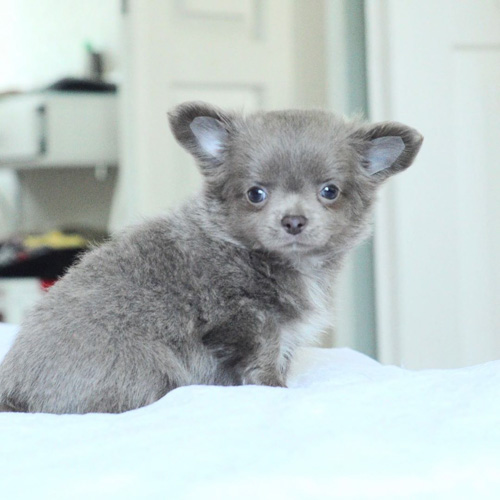 Chihuahua – The Small Dog with a Big Heart

The Chihuahua is a very pretty and cuddly little dog. It’s one of the favorite pets in all of the United States.

This breed is often portrayed as a small and very peaceful dog, always friendly and ready to play with its owner and other people.

But the truth is that the Chihuahua is a dog that often copies its owners’ personality traits.

They can be very calm ore very aggressive as a direct effect of that fact.

If you are generally a very happy person, the Chihuahua you have selected will be nice tempered and generally a friendly dog.

But if you get a Chihuahua and you tend to act nervous or are easily exited, this will also reflect on your pet.

READ  What is the Healthiest Dog?

The Chihuahua can even be provoked to attack, and therefore they are not recommended for homes with small kids.

They have what dog behavior experts call a “small dog complex.

“It is a problem in the breed’s behavior that usually presents itself as an overstated urge to protect, or a desire to attack, all because they are small and are often patronized as if they are still pups even when they are fully grown. 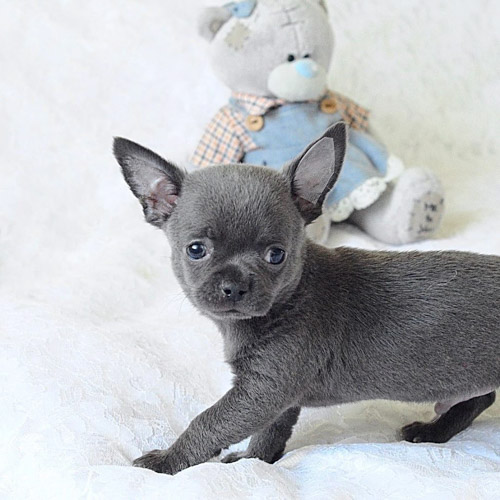 This breed also often displays signs of loyalty to only one owner and a total lack of respect for the rest of the family.

Furthermore, it can act overprotective when around other people or other animals.

But if they are properly raised, they can learn to adapt to live in a household, and they can become great family dogs.

Chihuahuas don’t tend to get along well with other breeds of dogs, and they often tend to display what some call a clannish nature.

That means that Chihuahuas prefer the companionship of other Chihuahuas rather than dogs of other breeds.

They tend to fight a lot with other breeds and given their small size, that can lead to real problems.

They are not recommended for people who are younger than the age of 13.

All these traits make them a breed that is not recommended for a family with small children because there may be problems since children don’t tend to be patient and calm, which can anger the Chihuahua. 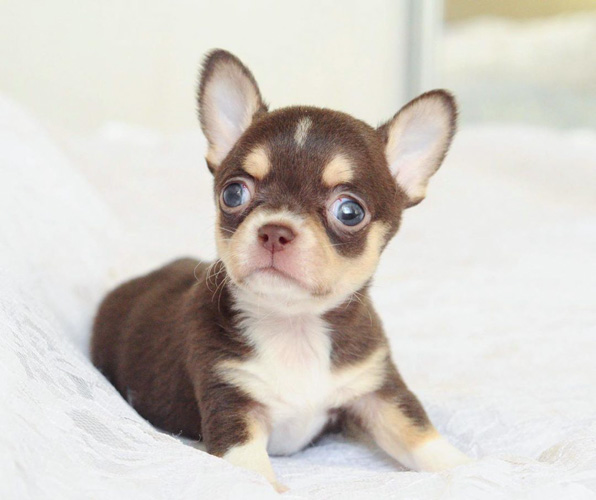 These dogs just love to burrow, and they love to have their dens, and that is why they are the happiest when they have a lot of pillows that they can get under.

The favorite place in the house for a Chihuahua is usually at the end of the bed, wherein the dark they can feel like at home.

Of course, these are some general characteristics of this particular breed, but that doesn’t mean that your Chihuahua will grow up to be like this.

Every dog is individual, and as such, it may differ from the race characteristics.

The simple fact of the matter is that the Chihuahua is a great friend to all who spend some time with it, just like most other dog breeds.

And since it looks as cute as a button, you won’t be disappointed.

How To Care For A Chihuahua

Before you bring your new Chihuahua puppy home, you should know a few things about proper care for your new friend.

Because of their tiny size, Chihuahuas are often the first choice of dogs for apartments.

But their tiny size does not mean they do not need any space. Like any other dog, the Chihuahua likes to run and jump around, so make sure it has enough space at its disposal. 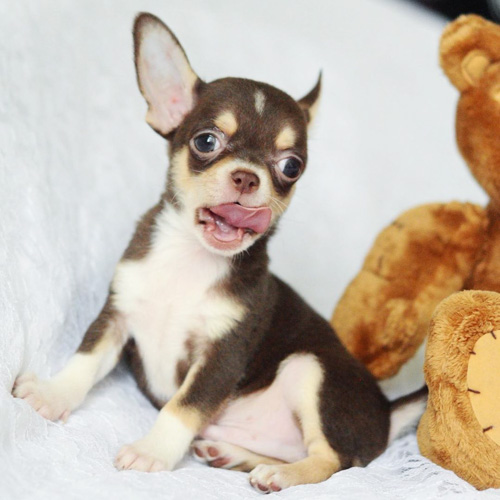 These little dogs feel the best in warm weather; they do not like the cold at all. It’s recommended taking your Chihuahua for short daily walks.

Do not choose long distances, especially in winter, but its pretty much crucial to make sure your dog gets his daily dose of movement.

Even thou many Chihuahuas come with long hair, it’s no need to trim or groom it too often.

You should gently brush the coat of your dog every few days, but make sure you use a soft brush.

As an apartment dog, Chihuahuas should take a bath now and then, not more often than once month thou.

The care routine should also include ear checking and nail trimming.

Chihuahua responds well to training and is easy to socialize with strong ties to its master. 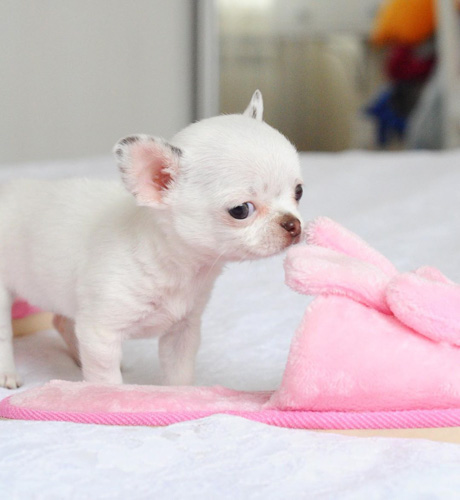 Never forget that your Chihuahua is still a dog with instincts, and even thou it’s a tiny animal, it can develop leadership behavior, which would mean several problems.

To prevent this, make sure your Chihuahua understands you are the pack leader and will not tolerate misbehavior.

You simply need to treat it like any bigger dog and not like a toy that it isn’t in the first place.

Feeding your Chihuahua is another thing you need to pay attention to, as these dogs are prone to easily become overweight.

As with any dog, try to feed your Chihuahua food of high quality with a low amount of fillers.

A puppy should be fed in several smaller doses, while an adult dog will do fine with one dose in the morning and one in the evening or just one “dinner.”

In case you want to provide your Chi with the best possible food, you have to cook it yourself, using a kidney, liver, chicken or fish meat, vegetables, and rice or pasta.

Never use salt or any peppers. If you feed your Chihuahua quality food and take good care of it, you can expect it to live as long as 15 years. 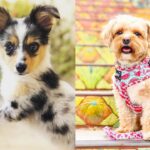 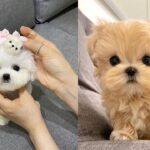